Making the scriptures meaningful for your everyday life.
by Terry Modica 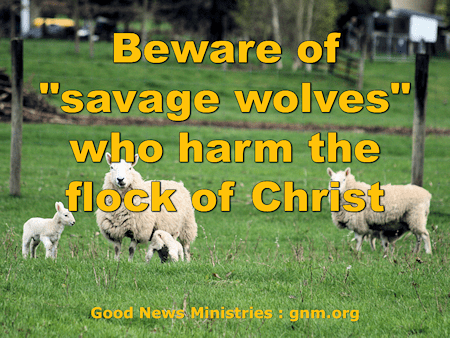 Today's Good News: The Holy Spirit within us is giving us good discernment and has taught us how to recognize the voice of the Good Shepherd.
Good News Reflection for:

Beloved Jesus, I take shelter under Your prayer to our Father, to preserve and protect my life and my family's life, while we walk toward the dwelling You have prepared for us. Amen.

In today's first reading, St. Paul warns about "savage wolves" who harm the flock of Christ. They come from within, he says, and pervert the truth. Why? "To draw the disciples away after them." This, to use a modern cliche, is a wolf in sheep's clothing. Sometimes it's a wolf in shepherd's clothing, which is far worse, because the sheep are more vulnerable since they naturally trust their shepherds.

Pope Francis understands this. He has warned (April 14, 2014) seminarians (and this can be applied to all who are in ministry) to take seriously the words of the Prophets: "Woe to the wicked Shepherds who pasture themselves and not their flocks." He said, "May this 'woe' make you reflect seriously on your future." And if we are not willing to be shaped by the Holy Spirit, "meditating every day on the Gospel...experiencing the mercy of God in the Sacrament of Reconciliation...eating the Eucharist with faith and with love...being men of prayer...it would be better for you to have the courage to seek another path," he said.

Wolves that come from within are those who push their own agendas or deliberately make themselves look important. Some genuinely believe that they are trying to right a wrong or that they are doing God's work, but they are not being guided by the Holy Spirit. Others are bullies in the way they shepherd the people who work under their supervision.

We all act like wolves sometimes. A common wolfishness is to manipulate others into giving us what we want. Whenever we try to control others for our personal benefit, we are wolves in sheep's clothing; we call ourselves Christian, but in fact we're hiding behind this title to feel safe while behaving very unlike Christ.

Wolves pervert the truth because they have to; it's the only way they can get the sheep to follow them. Instinctively, Christian sheep recognize that a wolf is a wolf, because the Holy Spirit within us is giving us good discernment and has taught us how to recognize the voice of the Good Shepherd. But when a wolf seems to be a sheep who's following Christ, or worse, when a wolf is one of Christ's shepherds who has perverted his vocation, we have to be vigilant, as St. Paul said.

We have to remain so deeply in prayerful union with Christ that we hear the Holy Spirit's warnings as well as his guidance on what to do when we encounter wolves. Jesus consecrated us all to the truth, as it says in today's Gospel passage. We have the ability, through the Spirit of Truth, to discern the truth and recognize the wolves.

And then the question becomes: When I see a wolf, what does the Good Shepherd want me to do to help rescue vulnerable sheep?

Join the conversation at

© 2021 by Terry Ann Modica
This may be printed for personal use only. To distribute multiple copies for others, please order it professionally published from Catholic Digital Resources at catholicdr.com/liturgical-calendar/. Or else share the link to this page and invite your friends to print their own copy. Thank you!

Sign up to receive these daily! Go to gogoodnews.net
. 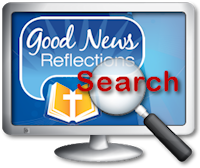 Saturday's Reflection is only available in our weekend newsletter. 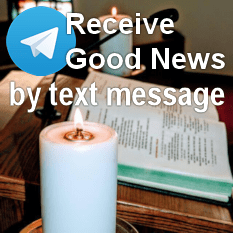 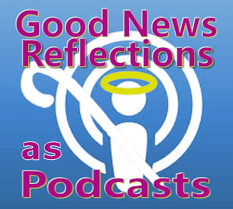 Receive Catholic reflections on the readings of Mass
<<< like this one!
Don't miss a day! 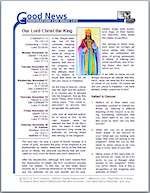