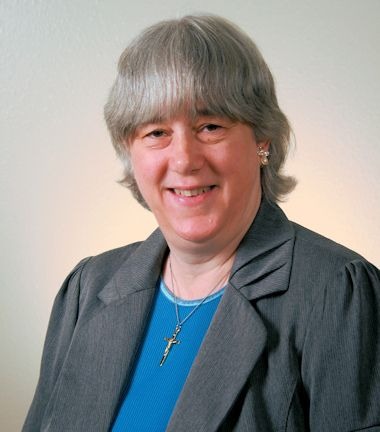 Terry Modica became a magazine author in 1982. Her first book, Overcoming the Power of the Occult, was published in 1989.

She began writing the popular daily Good News Reflections in 1999. She has also written home study courses, WordBytes (faith-building articles), books, and countless booklets and pamphlets. She is the primary author at Catholic Digital Resources.

Terry Modica has been a guest on Catholic radio and Christian TV shows. She has taught workshops and directed retreats since 1989. See her online video courses for our Paracletia ministry.

Be sure to check out the books listed in the sidebar!

Active in ministry from the start, she has served the Church in a wide variety of parish and diocesan ministries, including as staff writer for a diocesan newspaper. She has worked as RCIA Director, Evangelization Coordinator, Coordinator of Adult Religious Education and developer of Small Christian Communities (in some cases pioneering it as a new program of the parish).

9-Day Consecration to St. Joseph
FORGIVEN
A Meditation on the Passion of Christ
RADICAL LOVE:
Reflections for Couples
Victor: The Novel
How to Win Victories in Spiritual Warfare
Dark Secret of the Ouija
Overcoming the Power of the Occult
Daily Prayers with the Saints
The Trail of Roses
Living in God's Abundance
Mountaintop Experiences