Saint Joseph
for your home and family

When Joseph woke up, he did what the angel of the Lord had commanded him and took Mary home as his wife. (Matthew 1:24 NIV) 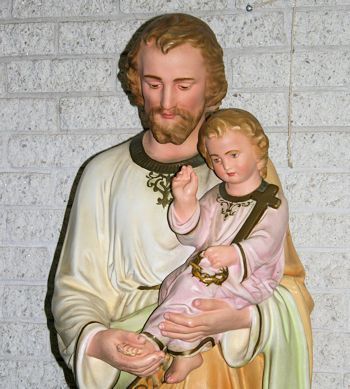 We who have been adopted through baptism to become children of the Divine Father are also adopted by Saint Joseph.

For more on this, see Day 26 of 30 Days to the Father’s Heart: Saint Joseph as the Image of God’s Fatherhood.