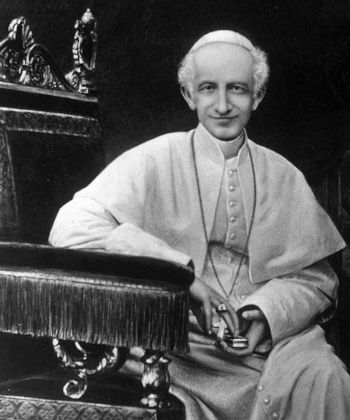 This prayer to Saint Joseph was composed by Pope Leo XIII and was promulgated in his 1889 encyclical, Quamquam Pluries. This is the same pope who composed the well-known prayer to St. Michael the Archangel (“defend us in battle…”).

Pope Leo XIII asked that this prayer to St. Joseph be added to the end of the Rosary, especially during the month of October, which is dedicated to the Rosary. Although it’s unfamiliar to us today, now is the time to spread it and make it very well known. Please share this page widely!

Pope Leo XIII served as pope from 1878 to 1903. During his pontificate he greatly influenced the Church’s understanding of Mariology and he promoted both the Rosary and the wearing of the scapular. He wrote about the Rosary more than any other pope — 11 papal encyclicals — and for this reason he is known as the “Rosary Pope”. He approved two new Marian scapulars and was the first pope to fully embrace the concept of Mary as Mediatrix. He approved the Scapular of St. Joseph in 1893.

The prayer to Saint Joseph for adding to the end of the Rosary comes with a partial indulgence (Handbook of Indulgences, conc. 19), and may be said after the customary Salve Regina and concluding prayer. It may also be used to conclude other Marian devotions.

PRAYER TO ST. JOSEPH AFTER THE ROSARY

To you, O blessed Joseph, we have recourse in our affliction. And having implored the help of your thrice-holy Spouse, we now, with hearts filled with confidence, earnestly beg you to take us also under your protection.

By that charity with which you were united to the Immaculate Virgin Mother of God, and by that fatherly love with which you cherished the Child Jesus, we beseech you and we humbly pray that you will look down graciously upon that inheritance which Jesus Christ purchased by His Blood, and will help us in our need by your power and strength.

Defend, O most watchful guardian of the Holy Family, the chosen off-spring of Jesus Christ. Keep from us, O most loving Father, all blight of error and corruption. Aid us from on high, most valiant defender, in this conflict with the powers of darkness. As you once rescued the Child Jesus from deadly peril, so now defend God’s Holy Church from the snares of the enemy and from all adversity. Shield us ever under your patronage, that, following your example and strengthened by your help, we may live a holy life, die a happy death, and attain to everlasting bliss in Heaven. Amen.

New to praying the Rosary? See Why and How to Pray the Rosary >>

Or see more on Saint Joseph >>

Please share this with others by inviting them to visit this page. You may also print this for your personal use and you may share the print-out with others as long as you do not edit the print-out. 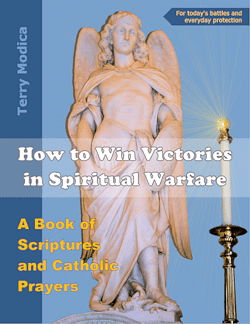 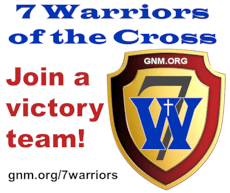 Want more faith
for your prayers?