Keep Christ at the center, the Word of Truth in your heart, and the traditional teachings of the Catholic Church as the guardian of your soul.
COVID-19 Faith-building Resources:
Receive Jesus in a Spiritual Communion | Pray at Our Lady of Miracles Virtual Shrine
| Marian Consecration
|
Prayers to Saints who Stopped Plagues | Podcasts to strengthen your faith
Holy Land Tour

Victor: A Novel by Terry Modica 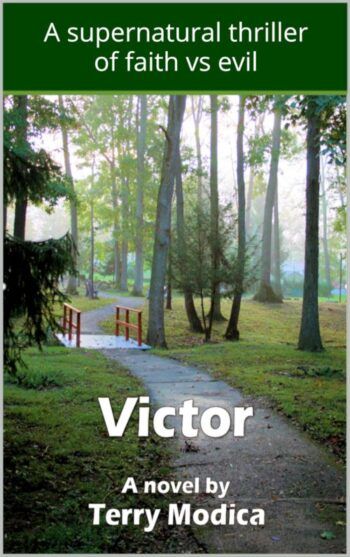 Patti fights her own demons while desperately trying to rescue Victor from the coven. Tobias, a Christian man, comes to her aid, thinking he is merely helping friends who have a ministry to abused women and children. His faith is challenged by the dangers he faces, and as crazy as Patti seems at times, he can’t help falling in love with her. It becomes his passion to help her rescue Victor. Will it cost him his life? Together they must discover the very real, supernatural power of Christ’s love.

This novel is a spiritual thriller that will affirm your faith in Christ’s victorious power.

ABOUT THE AUTHOR:
Terry Ann Modica, Founder/Director of Good News Ministries of Tampa Bay, searched for the supernatural while growing up in a mainstream Christian denomination. Not finding it in her church, she became interested in the occult. Seven years later, Jesus rescued her from its demonic strongholds. In 1982, she became a professional Christian writer, and in 1989 her book “Overcoming the Power of the Occult” was published. Soon after, at a speaking engagement on the topic, she met an ex-satanic high priest who had been delivered from many demons by Christ. The novel, “Victor”, was inspired by what she learned from interviewing him extensively.

Order it from Catholic Digital Resources.
Only $4

Or order it from Amazon for the Kindle app:

RADICAL LOVE:
Reflections for Couples
Victor: The Novel
Dark Secret of the Ouija
Overcoming the Power of the Occult
Daily Prayers with the Saints
The Trail of Roses
Living in God's Abundance
Mountaintop Experiences

Enjoy an Intimate Conversation with Jesus