A Bible Study on how to live the Christian life with supernatural faith.

More videos may be added to this series in the future. To find out when new ones get published, subscribe to our video blog.

The story behind this video series

I’d like to be honest with you. This video series about God’s Amazing Word on Miracles is part of my own faith growth, because I wasn’t believing God’s Word for me and my own life.

Jesus has been leading me through a personal “faith formation program” since July. Well, it actually began a few years ago when, during prayer time, I felt like I was missing a big part of what I’m called to do — what we are all called to do as followers of Christ. One of my favorite verses is John 14:12 (“Very truly I tell you, whoever believes in Me will do the works I have been doing, and they will do even greater things than these….”). Since the time my book on the occult was published in 1989, I included this verse with my autograph at speaking engagements. Later, after the founding of Good News Ministries, I made it part of our letterhead stationery.

And yet, I haven’t been living the truth of it. I’ve been behaving as if God’s Word isn’t always true. Last month I repented of this unholiness in the Sacrament of Confession. 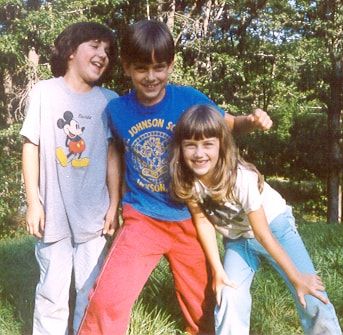 Over the years, God has given me plenty of evidence that his Word about miracles is true. When my son was a little boy, his spine began to curve. The prayers of my spiritual mentor permanently straightened his back. Several years later, my daughter’s spine began to curve. Prayers didn’t work. She needed major, painful surgery. What was the difference? Why did my son get healed supernaturally but not my daughter? Perhaps it’s because my spiritual mentor was no longer available to do the praying for me. Ahhh, but here’s where my lack of believing God’s Word got me into trouble. Jesus did not say, “Only a few special believers will do the works I have been doing, and greater.” It’s a truth for every believer, and I didn’t believe it!

When we look closely at the history of our spiritual journeys, we can identify times when the Lord has invited us to grow in faith for miracles. One such time for me was during the severe outbreak of tornadoes in Oklahoma in 2013. As I watched a live broadcast on TV, which was filmed from a helicopter that showed a horrific new tornado heading toward a farmhouse, I silently prayed, “Jesus, stop that tornado!” That’s all I did. And the next moment, the bottom of the tornado dissolved and the whole thing quickly dissipated. The weather announcer, who had been describing it’s strength and the towns it would probably head to, said, “I can’t believe it! This tornado just stopped!”

I was as stunned as the weatherman.

Jesus used it to teach me a truth. Despite this and many other incidents through my 40-some years as a “true believer”, I continued to assume that miracles are not supposed to be part of my normal life. 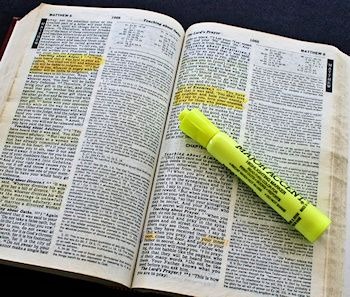 Finally I’m beginning to understand. Praise the Lord! He has been highlighting scriptures for me. The Word of God is coming alive like it did when I converted to Christ in 1977, but now in new ways. Deeper ways. More profoundly. (I’m searching for the right word here and can’t find one that aptly describes what’s happening.) I’m noticing as if for the first time — as if God has a yellow highlighter marking up my hearing of the Word — every mention of the Holy Spirit in the scriptures and prayers of Mass. It’s like God is shouting loudly: “Pay attention! Notice this! The Holy Spirit is supposed to be making a HUGE difference in you and in every parish! Here’s more evidence that the Holy Spirit is the difference between a mediocre Christian and one who allows me to do remarkable works!”

I’m also noticing, as if for the first time, every mention of the supernatural life that Jesus expects us to live. And God says each time, “Pay attention! Notice this! My people must believe the truth of this, because this is how I will turn hearts back to Me. At the beginning of My Church, this is how many souls were won over to Christ, and this is how I will do it today! This is how I prove to unbelievers that I am real, and that I truly do care, and that they can trust Me!”

Last Sunday during Mass (October 1st), especially after receiving Jesus in the Eucharist, I heard this loud and clear. My mind was flooded with it. The music of the communion song became very, very loud in my ears — not in reality, but in my ears, like the Holy Spirit was connecting me so fully to his voice that everything sounded louder. This phenomenon, which I had never experienced before, convinced me that I was hearing God and not my own imagination. That, and the fact that the message didn’t stop and became so strong that I had to pour it out onto a video the next day.

That particular video became Part 4 of this video series on God’s Amazing Word. God bless you as you journey with me in some significant faith growth!