How to Find God in Times of Waiting

Surrendering our ideas to God

M.A.K. wrote after watching this video:

Thank you Terry for reminding me to surrender my plans to God.  I, too, work hard on my plans and think I know what God’s will is. I will try to give my plans to him from now on.

As I am listening to the video I can recall what God has taught me in walking through my last trial. Surrendering! It’s difficult. There are times I say I’m going to surrender only to pick it back up again. As I was told in a seminar I took late last year, we have to constantly surrender.

Sometimes I find that I think I have surrendered something to God, but then I only put it down for a few days, few hours, etc.  Other times I do better at giving it to God.  But I need to get to that point of surrender sooner.

Yes, so true. It is difficult. And every step we take forward, every letting go is making us holier. Don’t get discouraged with yourself. God is pleased with your desire to surrender, even when you take it back, because he knows that in your heart you really want him to be in charge of your life. He respects that desire.

Terry, in reading R.G. ‘s comment (in Session 2) and your reply, I remember how desperately I prayed for a baby, 4 years trying, until we adopted my son (now 20) and 3 years later adopted my daughter (now 17).I remember how blessed I felt for having them, loving them to death, all these years of me being the best mother I could be for them. I failed … they are so different than the kids I raised that makes me very sad. Like i wasted my life.

I am now praying for them to become good loving human beings! I have been waiting for them to open up to God and be as grateful, loving and thankful. They both have given me so much grief. God is a good God, an amazing, caring, loving God, but the waiting has become almost unbearable. I do believe that He has great plans for them, in His own time.

You are not alone at all. Many, many parents of young adults are dealing with the same thing. It’s not YOUR fault; it’s the world they live in. You did your best and then they went out into a world that corrupted the faith they used to have.

Many young adults today take a lot longer to mature. The culture they entered into after leaving our parental care and influence has corrupted them into self-centered people who don’t want to make sacrifices, nor commitments to marriage, nor to have children who would cramp their freedom. This is very, very prevalent. I can’t count how many parents have told me the same thing you said.

Keep praying for them, keep loving them, keep being available to them, and keep waiting with hope. God is bigger than the world’s influences, but he is waiting for their free will to turn to him. He never quits going after the lost sheep.

Your children are just starting out in the world as young adults. They come from a generation that seems to be more easily influenced back to altruism. They are more likely to want to be heroic in their decisions, because they want to make the world a better place. They are more interested in causes than in church, and this is where we as the Church need to focus on energies in inviting them back to lives of faith. But evangelizing young adults today is a whole other course to teach! 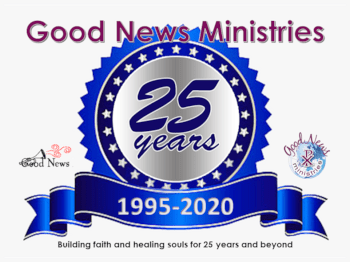 Click to open -- Tour what we offer that builds faith and heals souls! 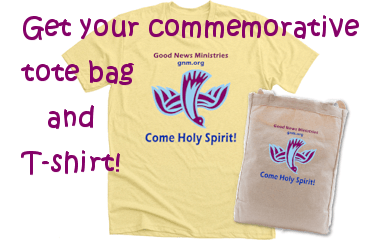 Receive Catholic
Good News Reflections
like this one
every day by email !


Enjoy an Intimate Conversation with Jesus